Valentina’s perspective at the EWS round #4!

The season is going great, there’s been some ups and downs, but we know that’s part of the game and after months of races in various different series, we’ve now reached heart of the season. A lot of energy has already been spent and lots more will be spent before the end of the year, the level of the EWS progresses more & more, and the challenges that an enduro rider faces between one race and the other are varied, so managing yourself and your health is a very important factor that cannot be overlooked. This past weekend all riders who took part in the race for the Samoens round of the World Series faced one of the toughest tests of year, yet one of the simplest in terms of format. 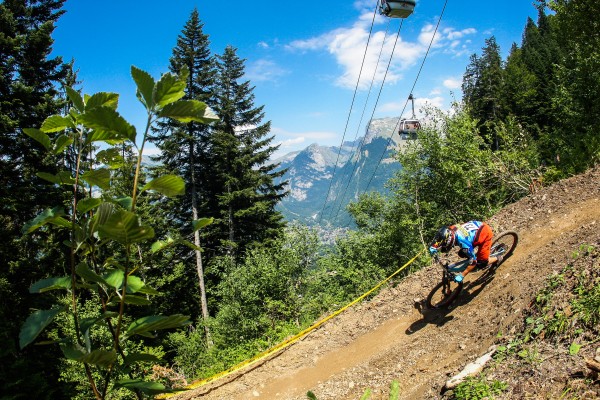 After attending various types of competitions with different formats, I think that perhaps the best solution is French, for many reasons their format is one of the most challenging on a technical level but one of the most practical in many ways.

I would begin by mentioning the expenditure of energy, although it is a very physical race that includes free practice and qualifying over a period of two days of competition, it is still less of a commitment both in energy terms and economic outlay than other Series, dictated by the fact that practice in the days prior to the event is prohibited and then all your energy is concentrated on the race weekend – more so than any other format, whether European, American or New Zealand, all of which require riders to practice as early as Wednesday or Thursday, making sure that the physical effort required is based on 4/5 very intense days, including the route of the race weekend. 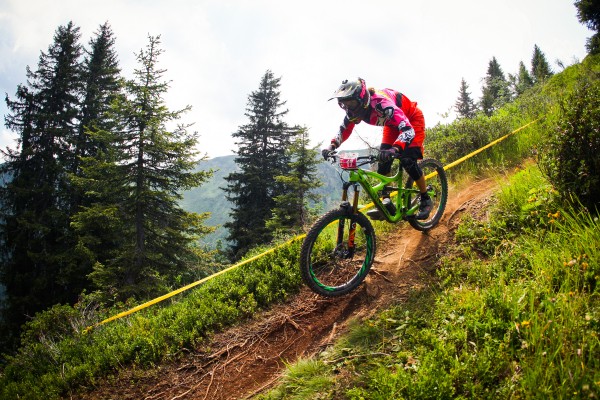 Places that do not have chairlifts have limitations in the sense it is difficult to propose a format similar to the French but in this case, however, the races would focus on a single practice day on Saturday and the race on Sunday, reducing the practice & transfer times and consequently also the costs for both pro and amateur teams. 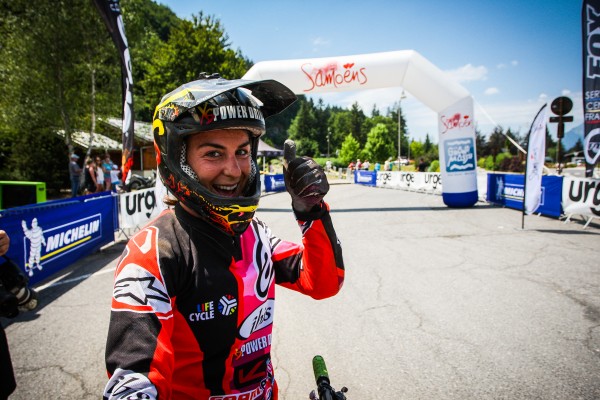 For this event the tracks chosen for the race were very complete and very physical, with almost 70km between free practice and special stages, with a total of 7,200m of altitude, with steep sections at the limit of rideability alternating continuously with sections where you had to keep the gas truly open. Something unique about the practice runs in the French format is that the rules do not allow you to stop on the track and try the sections but force you to continue without stopping. 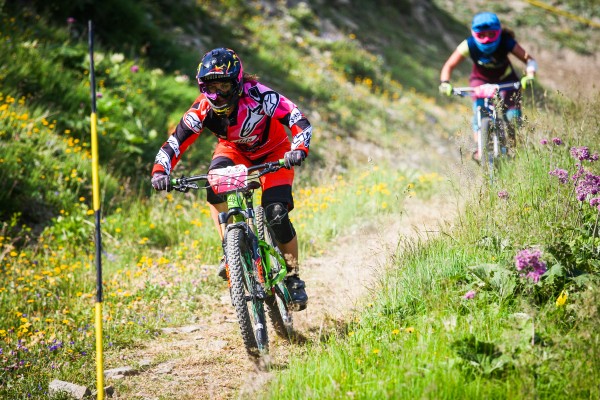 It was hard to stay off the brakes at first, but it’s also true that with these rules you learn much faster, because you don’t have the ability to put off trying a section until later, you do it or you don’t do it, and without the opportunity to meet with anyone else on track, you have to find the best line there and then, with only with yourself and the clock! 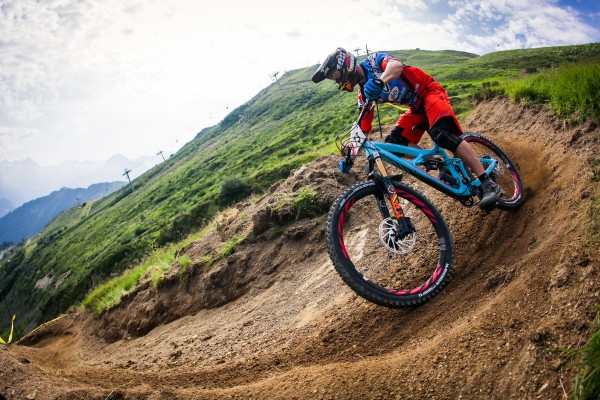 After more than a month of scorching heat and dusty trails, a summer storm kicked off the start of the race, the trial run of the place in dry conditions, and the race day was wet and slippery as soap, the tracks had completely changed, becoming a scene of numerous falls and mechanical problems, fortunately after a brief period of madness, the sun was shining again, fortunately for many points in the following stages, especially the steepest, otherwise I do not think that they would be ridable.