For Manuel and Valentina the last 10 days have been very challenging, after the second round of the EWS in dusty Ireland, it was time to pack up and travel to face a totally different scenario, landing in a cold and wet Scotland, where the weather certainly didn’t make things simple for the riders who came to race. It was amazing to enjoy all four seasons in just a few days in the small town of Peebles where the third round of the EWS was held. 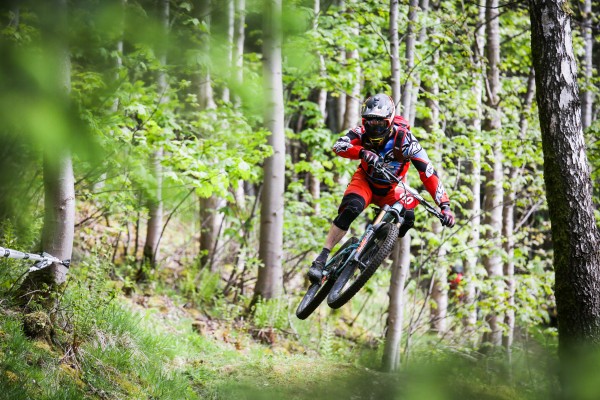 Once again, the Tweedlove team showed excellent organizational skills to put on a fantastic event, and again succeeded despite the difficult weather to give us two days of really exciting competition. 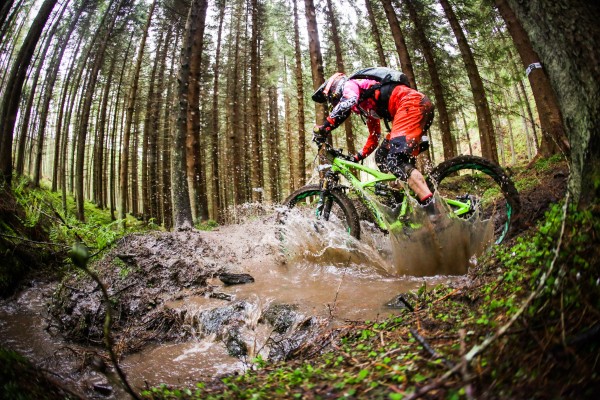 Three days of practice, two race days with 8 stages, which had to be reduced to six because of the arrival of very strong winds on Sunday. For guys like Manuel and Valentina, used to heading out on the hot trails of Liguria, the days of practice seemed endless day and cold, at the end of the 5 days, they’d ridden over 200km on incredible trails in beautiful Scottish countryside. 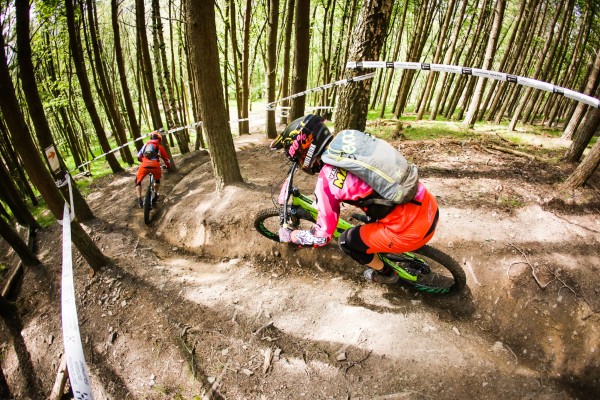 Valentina had a mechanical problem on the first day of competition that affected her race, and on the second day she had to fight in the mud to try to make up some places, but this mud was so sticky so that in some parts of the course it literally blocked the tracks and clogged up bikes! Vale finished well in 22nd position in her third EWS race this season, giving her a current world ranking of 16th. 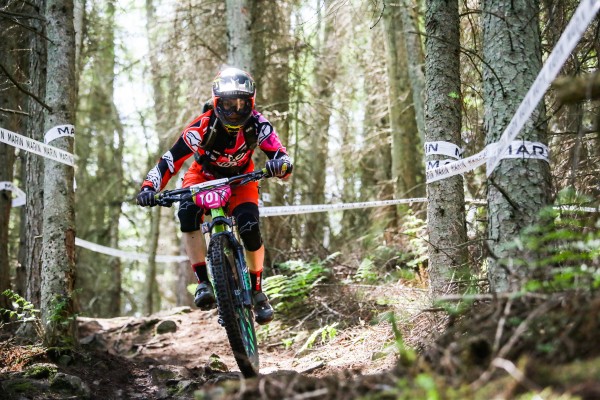 Unfortunately for Manuel, it was an even more challenging race – coming back from injury has made it difficult to find the right feeling in such tough conditions. On the second day, in the much muddier conditions, he suffered a mechanical problem that forced him to retire, even so, it was still a great workout for the races to come. 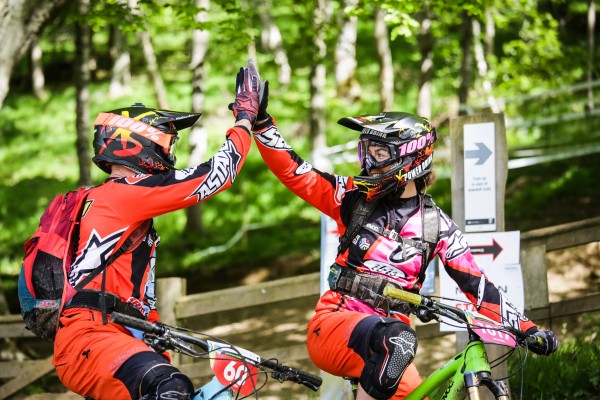 These 5 days were really long and hard, unfortunately I had a mechanical problem in the race, in practice I had a good feeling and I enjoyed it a lot, but as we know anything can happen in the races, let’s hope it will be better in the next race! It was a good workout because coming from Sanremo where there’s no mud meant I was able to gain experience racing on very different types of trails, and I am very happy that finally Manu and I are back riding together!

The days in Scotland were a great workout where I had the chance to spend plenty of time on my bike – I really suffered while the injury kept me out of contention for some time and I feel that I lack confidence with the bike in difficult situations. I know that the road is still long, but I’m working hard to come back stronger than before. During the two days of competition I had ups and downs, unfortunately on the second day I had a mechanical problem which forced me to retire. I like the Scottish round a lot but I have still not managed to settle the score with her, see you next year Scotland!!! Emoticon wink