After participating in the sixth round of the EWS, I can finally say that I have tried all the different formats of Enduro at the highest international level, from Chile to Scotland via Europe and then back to the USA and Canada, for certain the most important nations which have increased the movement until now. 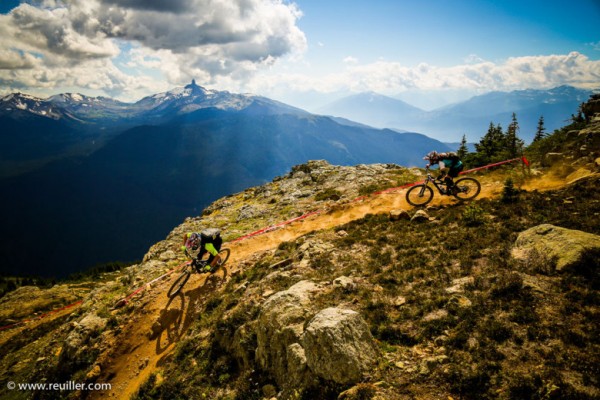 The vision of each different territory for Enduro is very interesting, I say this because testing the various formats you realize that there are a multitude of ways to interpret this discipline, making every single competition a new experience even for those who have been racing Enduro for some years now – perhaps it would be best to see a unique format that brings together the best in a single event, perhaps not. It’s hard to say. 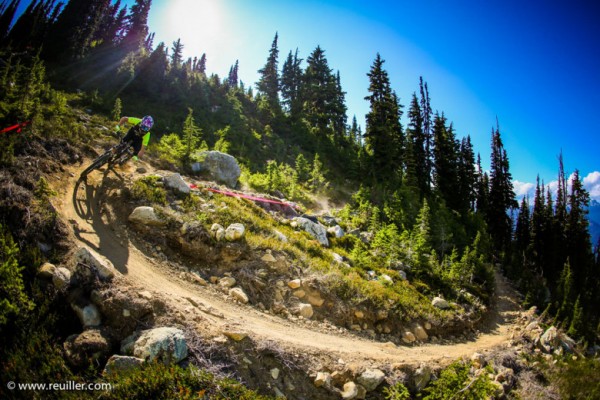 The round in Whistler – perhaps the most famous along with Finale Ligure – showed us a new perspective on how an Enduro race format could be interpreted, pushing the limit in every aspect of the competition. I have always been a supporter of Enduro races (especially at high levels) reaching a higher level of difficulty, making the achievement of completing the race in itself something epic. I must say that this season, the direction taken by the organizers of the various races has been exactly that, but the impression we had here in Whistler is that they wanted to get to the extreme, almost wiping out the level of difficulty achieved to date and wanting to show that here it gets really serious. 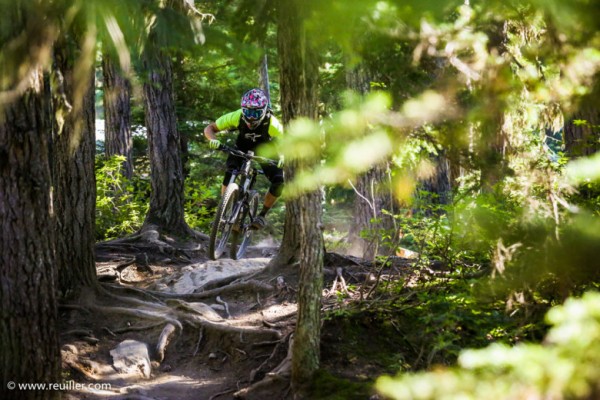 I knew that we would face an intense event – the feedback of the athletes who participated in the last edition were already a warning that made it even more clear. I never imagined, however, that we would face such a challenge! For this edition, the organizers of the Crankworx along with those of EWS have decided to raise the bar even higher and gave us a test right to the limits of human strength. Almost 70km of racing concentrated in a single day, for a total of 5 stages, including 4 transfers with a total of approximately 2400m of elevation gain, and finally a lift chair lift that took you to the last special stage, which lasted almost 30 minutes. 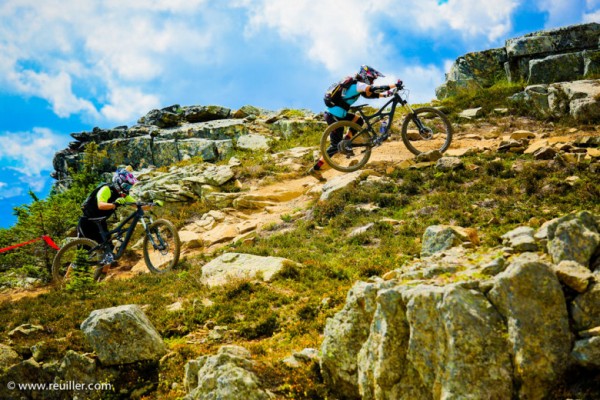 On its own, the race data is impressive, then if we add the heat, the vertical height gain of the transfers, with long sections of riding and pushing, transfer times so tight that even the men came up with only a small margin of time before stage starts and more than 8 hours of racing with just a short break at the sixth hour, then I would say that it gets quite serious. But the thing that made it all the more extreme, something new and still not seen before, was the difficulty of the special stages, which represented the most extreme ever seen in an Enduro race, trails at the very limit of rideability and only a small step from World Cup downhill! 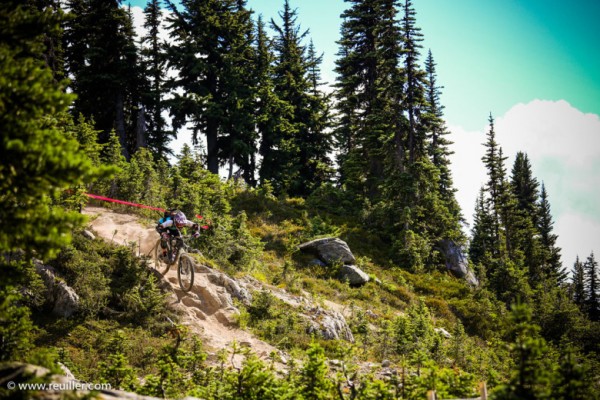 The climax was reached when on the fourth stage, we faced the legendary trail “Ride not Slide”, one of those that when you go to ride with friends, you try to ride just small sections at a time and with someone waiting at the bottom of the vertical sections ready to go and get help in case you wipe yourself out! With sections so hard survive, there’s a lot of emotion once completed when you’re just riding it, so imagine how it feels to race it flat out with no rest and the clock ticking!

Speaking of emotions I can think of some tender moments, despite the competition between the athletes in such an event, we were all aware that we were facing a trial beyond our strengths, creating a real sense of camaraderie between us all. 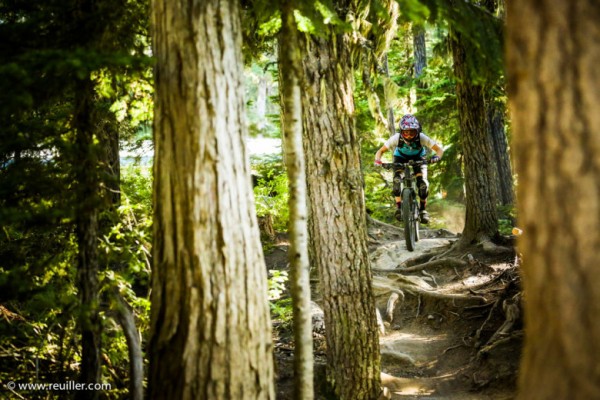 At the end of the day I caught back up with Manuel, discovering that he too was wrecked, although he’s not back to full strength yet, he is however able to withstand extreme physical efforts and dig deep mentally, so you can only imagine how hard it was for all the women present!

My experience in this competition has been positive, although the battle was decidedly uphill. Having already arrived tired at the race partly because of the participation the weekend before at the Downieville Classic, a few minutes after the start of the mega stage SRAM VIP, I began to experience severe stomach pains, and my strength was fading along the way – I thought I might even have to withdraw due to pain. Fortunately I met Manuel who was about to leave for the first special stage – he was carrying some strong anti-inflammatories in his pocket because of his ankle pain, so luckily I got one and I continued my race feeling better, but still not exactly the best way to deal with an event like this! 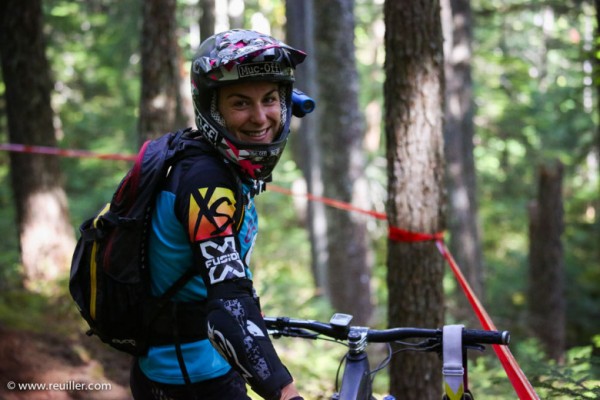 In general I liked the choice made by the organizers about the ourse, although I must say though that maybe it was a stretch to the limit if not beyond. Today I can think about this adventure with a sense of satisfaction, I can think of a few flashbacks of the competition and knowing I did it in itself is already a prize!