Bags packed and again, the destination the USA, Manuel and I were really excited about this trip because finally we made one of our dreams come true! Last year, unfortunately we were not able to take part in the intercontinental stages for a variety of reasons and therefore this time we were even more excited because the wait was very long! 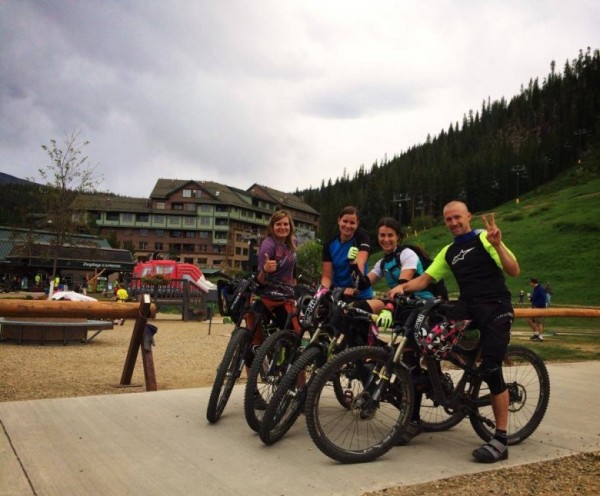 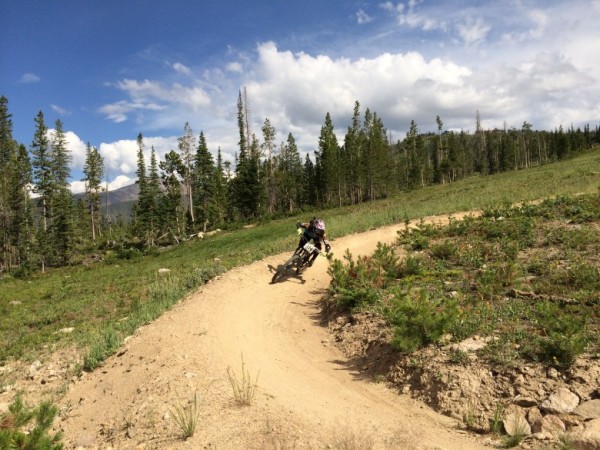 The first week we spent in Colorado sharing a rented apartment in Winter Park with sisters Anita and Caro Gerigh, having arrived at the airport on the Tuesday before the race. As soon as we meet, immediately on landing in Denver, they asked “hey where are your bags?” and we responded, “they’re here” and their eyes were wide open with disbelief! On this trip we decided to travel with just the bike bag and 40 litre hand baggage from Evoc, no extra baggage, and thus be more comfortable in the multiple moves, relocations and commitments in the coming three weeks of travel. Such transfers are not only a chance to compete, but also a fantastic opportunity to visit new places between one race and another, across the U.S., reaching the goals we always dreamed of in mtb! 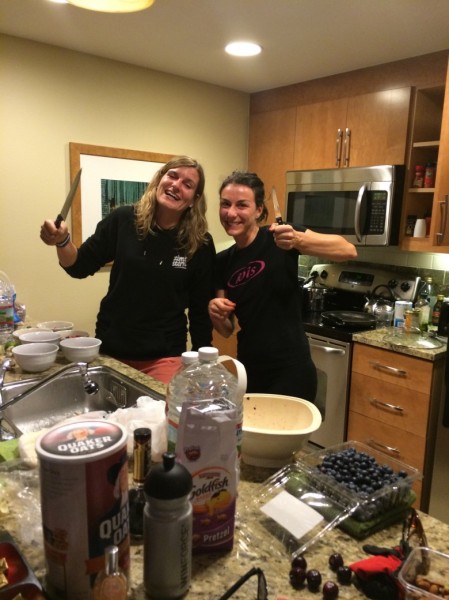 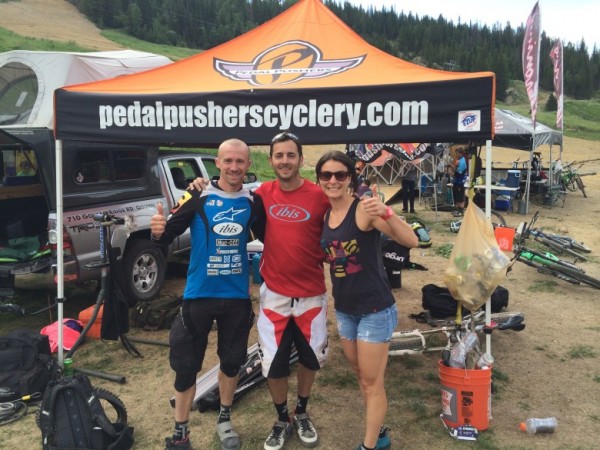 Upon reaching the location of the 5th round of the EWS, we prepared to go and do a few laps of the bike park. Coming from Italy I realized immediately that I had landed on another planet and not only just crossed the ocean, all the people I met greeted me with an incredible enthusiasm, the bike resort is frequented by all kinds of bikers and there are hundreds of them at any time of the day, nobody how cool you or your bike are or how many runs you did on what bike, it is important just to go bikin, in fact almost all commercial activity here revolves around the MTB scene and it seems that everything is working great! 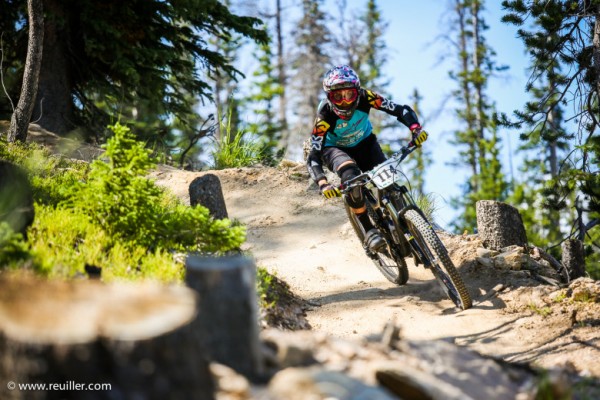 After doing some laps I realized that technically, the trails are much easier than in Italy but I didn’t feel comfortable at all because there is one thing that makes them particularly difficult and that in our country hardly ever happens… you do not fall below 40 kilometers per hour!

The average speed of these paths is something that we really had to get used to – although they are very smooth, in addition there is an average of 30 large jumps in the track to be taken flat out if you want to have any chance of clearing them! 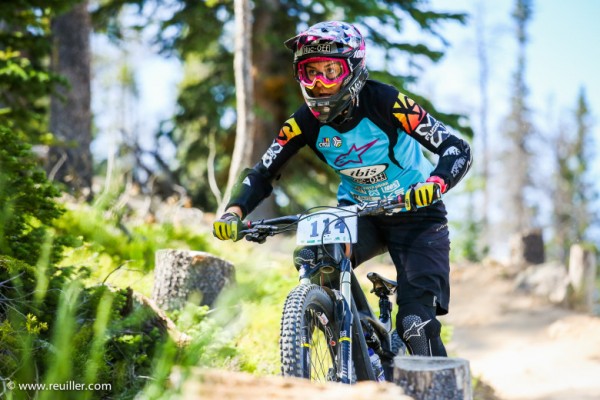 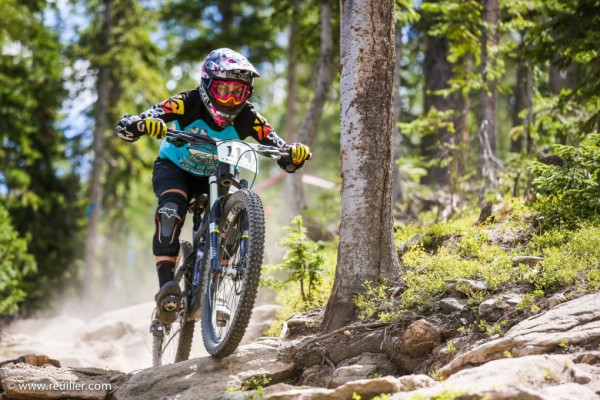 The race format for this event is once again different from what we have seen until now, we had four days between practice and racing. From Thursday afternoon we began to try the specials of the day in practice, since the race began on Friday with only two specials per day that were raced in the morning and in the afternoons we went to try the next day’s stages.

It’s maybe not the format that I’ve liked most so far in the series but it gives you the opportunity to try out, learn and find new ways to experience racing a bike. 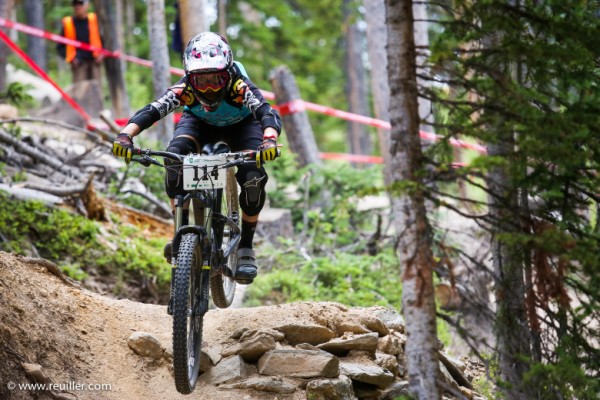 My race was uphill all the way, unfortunately the first day I had some mechanical problems that slowed me down a lot and I lost some positions, so I had to push hard to recover in the following days, and I’m still satisfied with the end result because I’ve placed well in some totally different stages on unfamiliar tracks, in a completely new format for me. Manuel raced with a flat pedal again because his ankle still hurts and the speed of the paths did not play in his favor, however, he finished in a great position given the condition of his ankle and he’s getting stronger. 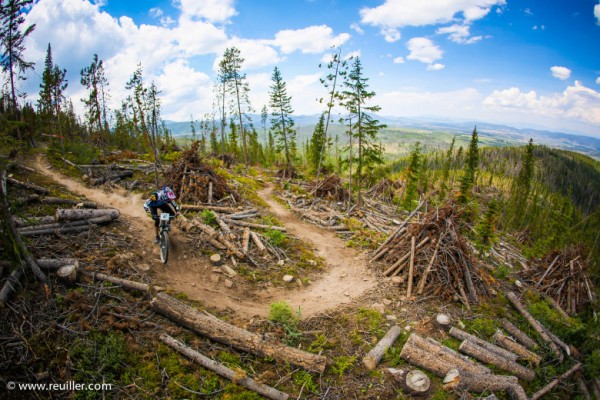 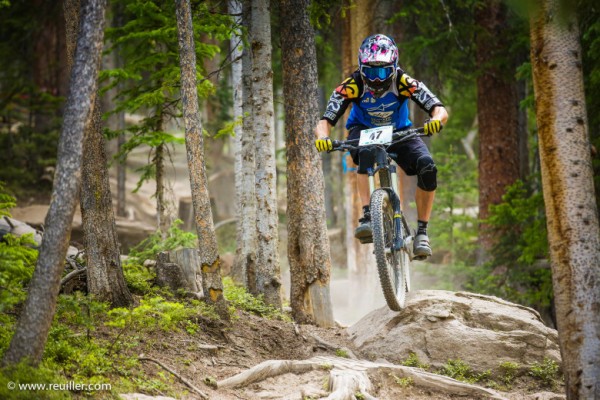 After the event, we got straight back to work to pack everything up, ready to fly again, this time in the direction of California, with the purpose of visiting Ibis in Santa Cruz and participating in the  Downieville Classic the following weekend, aware that we’ve already lived out a fantastic  experience – we can’t wait to tell you about the next adventure!