Manuel Ducci broke his ankle during a practice run for the Enduro World Series race in Scotland. Since then, he recoveres and tries to regain his former strength to continue racing. At Madesimo, the third stop of the Superenduro PRO series, he wanted to test his progress. Read his blog post to see if it works!

“There is a driving force stronger than steam, electricity and atomic energy: the will.” – Albert Einstein

I keep this phrase in mind whenever I approach a challenge. One month ago, during the second round of the EWS in Scotland, I broke my ankle during practice. It wasn’t a serious injury, there are certainly much worse things that happen to you in this life, but it’s an inconvenient one for a biker. And the timing was as bad as it possibly could be… 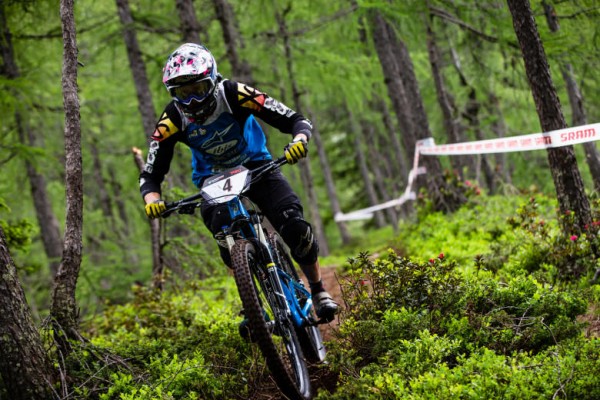 Hanging on my wall is a calendar, marked out with all the races between now and September – there wasn’t a single one left blank, it’s a dream to be in this position and worth the five hours a day of hard punishment that makes up my winter. To have the chance to compete with some of the worlds best racers has long been a goal of mine. So to find myself with a nice boot on my foot and have the doctors tell me I was going to miss six weeks of it all hurt so much. 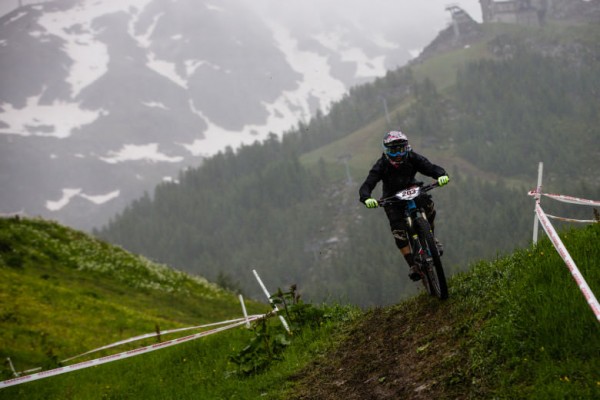 Talking to my physiotherapist, he agreed to start trying to get back to racing sooner. After just a week off we started the work. It hurt so much to begin with, but you just have to grit your teeth and get on with it. Three weeks I had more X-rays and an MRI and the results were good! I could get back on a bike. Only the road at first, of course, but I could start doing long rides at low intensity to start to re-build muscle in the ankle. 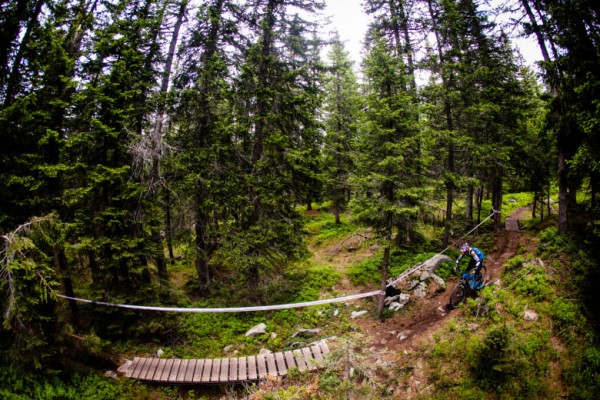 While I’ve been injured I’ve travelled with Valentina to support her racing. But I have to admit that it was frustrating to be there, to be at the races every weekend and be on the outside. Listening to the excited riders crossing the finish line of a stage I felt like I should be there with them, if it wasn’t for this damned ankle I would be. This was far more painful than the injury itself. 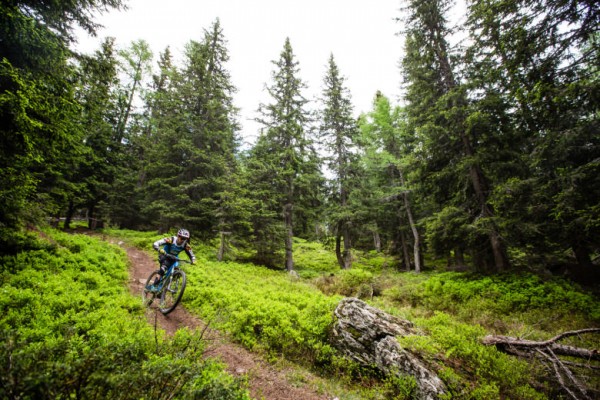 As the Superenduro race in Madesimo came around we arrived in town and I couldn’t do it anymore… I’d been doing the mental maths and the EWS in La Thuile was fast-approaching and I don’t want to miss a race like that in my home country… The physiotherapy had been going well and I felt good on the road bike, so, full of anti-inflammatories, just 25 days after my crash, I decided to try my luck and get back on the mountain bike. She came up to the trail with me and I thought I’d give it a try… The pain was too much though, I couldn’t even stand up on the pedals. Despair started to set in as I realised my return to the bike wasn’t as close as I hoped it would be. 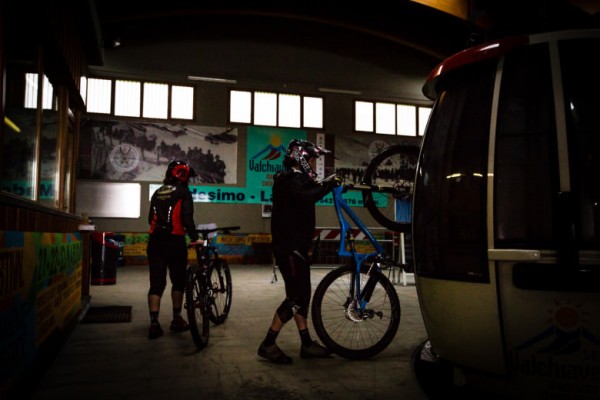 Slowly I made my way back to the van, where I had an idea. The SPD pedal was putting my foot in an bad position, but if I switched to flats maybe it could work… I was so nervous when I reached the trailhead once more, but I had a good feeling, it seems to be more natural. As I dropped in it was the best feeling in the world, it was like being a kid again, once more having the freedom to ride a bike. I rode all day, lap after lap, if they hadn’t shut the lift I would have carried on. 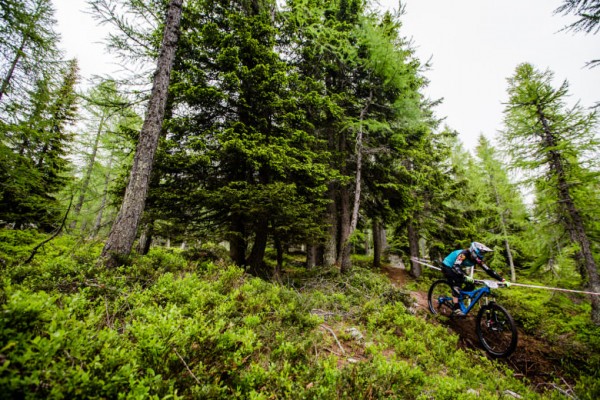 The more laps I completed, the more a crazy idea began to creep into my mind. My riding was a still too sketchy to do it safely, so I came up with another crazy idea to see if I could ride more safely. With the flat pedal still there for my bad leg, I put the SPD back on the other side, thinking that I could use the extra security of the clip to make up for some of the control I was missing from the other side. I tried a few laps behind some fast guys and discovered I could hold a good pace, but still ride safely. By this point I was no longer even thinking about my injury, I just wanted to be back on that race track once more. 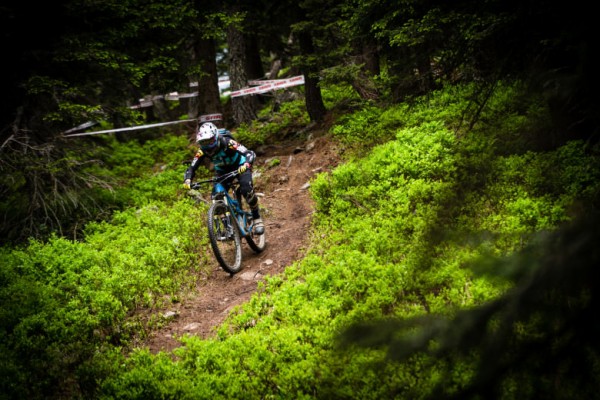 People were telling me I was crazy to go racing so soon, but this just fuelled me up further to get back there and show them that I could do it. Come Saturday and the start of the race and I’d completely forgotten about my injury, the racer spirit took over. I realised I hadn’t felt that alive in far too long. Approaching the starting gate all I could picture was myself, standing beside the track, disappointed for not trying. It was then I knew I had made the right decision, I don’t want to live my life standing by the side watching other people, my place is there on the race track. – Manuel Ducci