The Superenduro restarted after the summer break last weekend. For Life Cycle it started with a bang as Valentina Macheda took the win! 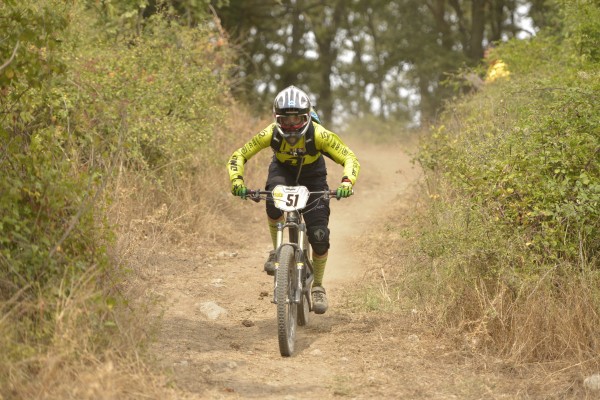 Racing over a 40km loop and four special stages, Valentina had a race-long fight with Laura Rossin, one of her main competitors for the Superenduro PRO series title this year.

The race was hard, 40km with four special stages. This was maybe the toughest race on the Superenduro Sprint calendar! The hills aren’t steep here, but the stages were very physical with technical sections alternating with pedalling sections to put you to the test. My race was really rich with emotion, I had a big fight with Laura Rossin for first place. In the end I was able to take the victory! I really wanted this one, I got so much support from the fans along the route and it was really emotional for me to stand on the podium here in Tolfa!”

Unfortunately Manuel had to retire early on because of a mechanical problem.