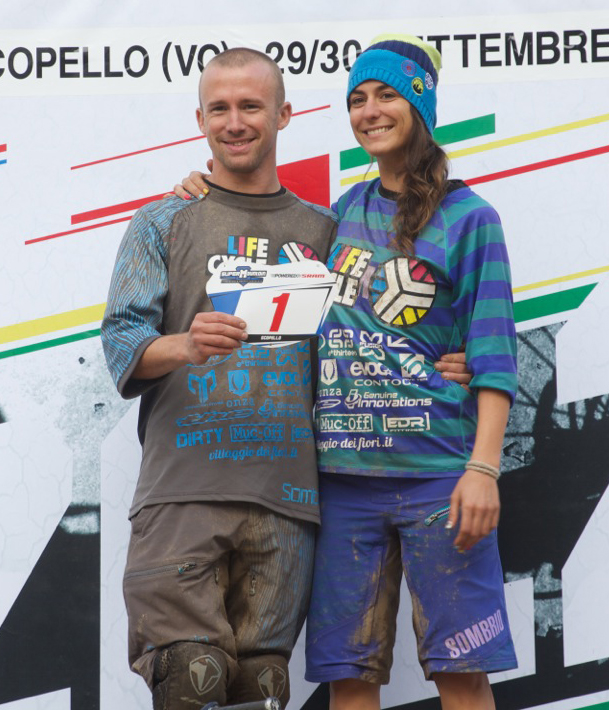 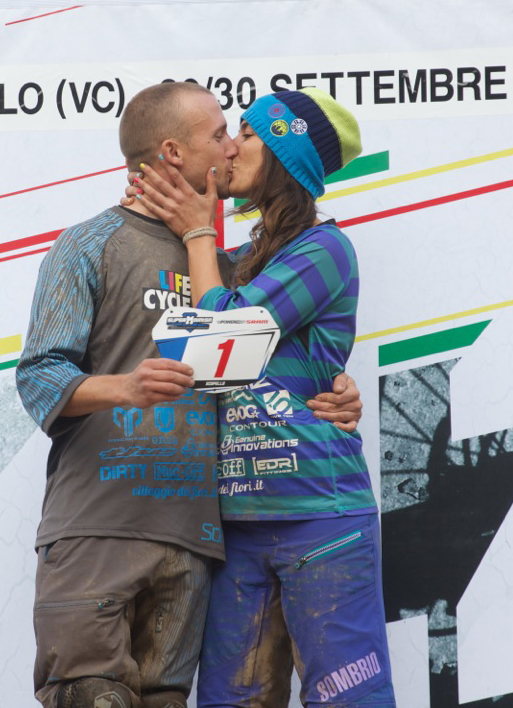 Manuel Ducci after a 3rd place in the first run, behind Davide Sottocornola and the bronze Olympic medal Marco Aurelio Fontana, pushed the gas over the limit and won the second run confirming his  supremacy.

Valentina Macheda in both the rounds started as rocket! Apparently flu and cold didn’t affected her podium eagerness. She won the first run and got a 2nd place in the second, due to a couple of crashes along the muddy track.

Happy for the result all the Team is now under a deep training schedule for the final race Super Enduro race, PRO series, in Finale Ligure, the right name for the “Gran Finale!”…